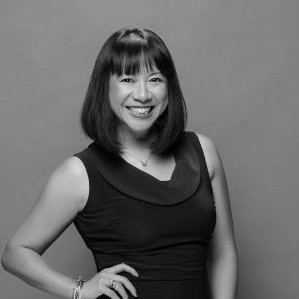 An Australian of Chinese descent, Karen has lived in Sydney, London, New York and is now based in Hong Kong. Having worked in four continents with some of the best and most valuable brands in the world, Karen has nearly 25 years experience in marketing communications specialising in public relations, advertising and media strategy. Having worked on both client and agency side across a range of communications disciplines, she has extensive experience and knowledge to support an organisation’s brand.

Prior to launching her own consultancy, {embrace} worldwide, Karen was Chief Communications officer for DDB Group Asia Pacific responsible for developing the communications and public relations strategy for 33 agencies across 14 countries. Karen was also responsible for managing and driving DDB’s regional creative council – responsible for generating some of the agency’s most awarded work during her eight year tenure.

Prior to DDB, Karen also worked for Sony and Burson-Marsteller and in Australia she owned a PR consultancy. Highlights include the ‘Citibank Leadership Series’ tour -- assisting in the media relations and event management for former Prime Minister of the UK, Baroness Margaret Thatcher; former Secretary of State, General Colin Powell; and Microsoft Corporation Chairman, Bill Gates’ visits to Australia. Karen has been a brand ambassador for Elizabeth Arden and has collaborated with corporations such as Sony Music, Columbia Pictures and PlayStation.

For us Karen represent a brilliant partner to combine with our creativity and strategy for brands.