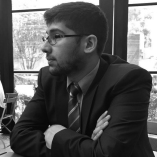 Abishek is a born-and-brought-up-in-HK man, whilst his family is originally from Punjab, India. He can speak English and Hindi at a native level, whilst also able to read and speak in Mandarin enough to get around professionally. His multi-cultural education exposed him to numerous disciplines and ideas, informing his values and his beliefs.
One major belief he holds is in inter-disciplinary collaborations, particularly in their ability to allow for the making of connections and the creating of unique questions whilst analyzing problems from various fields. This belief led him to get a degree in Mathematics, Economics and Computer Science from the Hong Kong University of Science and Technology (HKUST), allowing him to provide a multi-faceted view of any issue he is presented with. This, combined with his natural thirst for knowledge, allows him to be a “disruptive” element when it comes to fleshing out an innovation project or marketing solution.
He has been a co-founder of two startups, which allowed him to gain some firsthand experience of selling a brand. He became a Gladiator with TheLoveComes in early summer 2017.